Decades before our era of fake news and the bots who disseminate it, I once half-jokingly pitched a book idea to an old English teacher and friend. I imagined writing a tell-all exposé by a creative writer who had been drafted on graduation into a secret government project whose purpose was to produce cultural materials, novels, television and movie scripts, and so forth, with the intent of tweaking and guiding the culture at large. The UFO mythology, of course, played a central role. But recently having had the opportunity to view Corbell’s Bob Lazar:  Area 51 & Flying Saucers, it strikes me I may well have been beaten to the punch.

Corbell’s documentary omits some very telling details of Lazar’s story, but includes one I hadn’t known, that early in his tenure at Area 51, Lazar was shown a number of briefing documents concerning UFOs and their extraterrestrial pilots. To the cognoscenti, Lazar’s experience is not unique:  Bill Cooper and Bob Dean both tell similar stories of being given materials that deal with crashed saucers, recovered and back-engineered technology, and captured and autopsied ETs. What Lazar, Cooper, and Dean claim to have read seems pulled from the same filing cabinet as the MJ-12 documents. If we refuse to take these at face value, then we need to imagine their possible significance and purpose.

There are a number of potential uses. One not too out-of-this-world is as a kind of test. Given that since the postwar advent of the phenomenon roughly half the general population believes that “flying saucers are real”, it follows roughly half of military personnel will hold similar beliefs. Imagine a junior intelligence officer is up for promotion. You present them with materials like those shown to Lazar and ask them to prepare a brief for a superior. A candidate whose critical faculties fail to filter such material as highly questionable if not outright disinformation is surely unreliable. The all-too-credulous might even be tempted to leak the world-shattering information they’ve been shown, and, when they are, understandably, demoted or dismissed, they can point to their discharge as proof of their claims and start a new career as a ufological whistleblower….

An important inspiration for my unwritten novel was the speculations of William Burroughs’ lifelong experiments on how to destabilize and destroy the reigning control system of image and association. Since, I’ve read Frances Stonor Saunders on how during the Cold War the CIA sought to weaponize the arts and learned about the related, farther-reaching Operation Mockingbird. Robbie Graham has explored ways the cinematic presentation of flying saucers and ETs was possibly spun in similar ways. Given the persistence of reports of the kinds of documents Lazar claims to have read, it’s not out of the realm of possibility that some version of the stable of writers I imagined actually exists.

This Gnostic-paranoid speculation concerning the manipulation if not outright fabrication of our collective imaginarium also brings to mind Jacques Vallée’s proposal that the UFO phenomenon itself might operate as a kind of control system, inspiring and guiding belief. If we combine these ideas, a compelling if somewhat giddy vision suggests itself,  that collective consciousness is a battlefield fought over by human and nonhuman players. In this context, the thought, whether Elon Musk’s or Nik Bostrom’s, that we might be living in a computer simulation appears a cheap rip off of The Matrix. 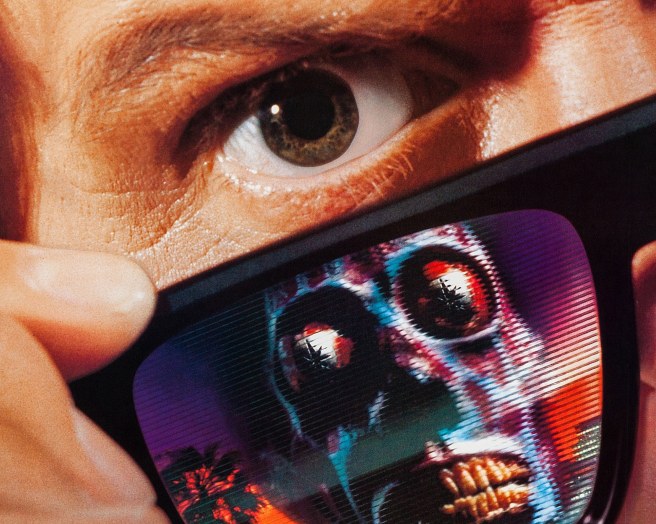 I am a scholar and poet based in Montreal, Canada, where I teach in the English Department of Dawson College. View all posts by Bryan Sentes